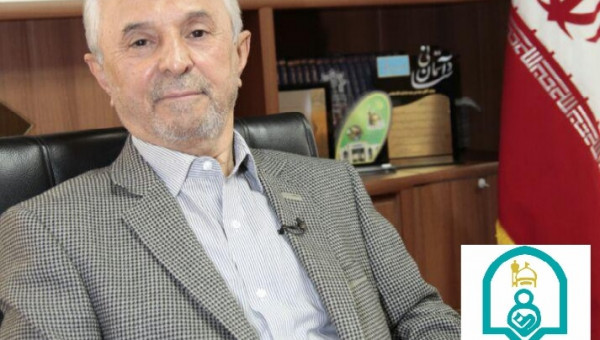 
Gholam-Ali Rafati, the chairman of the Khorasan-e-Razavi School-Building Donors Association,

considers the presenceof donors in the construction of a school in this province to be a great divine blessing and says that one of the donorsgave his son's blood money to build a school forever. Keep a good name for your child

The head of the Khorasan Razavi School-Building Donors Association, referring to the construction of 5,000 schools by donors in the past few years, said: "Since the establishment of the Khorasan Razavi School-Building Donors Association in 1998 as the first association in the country until the end of 1399, about 5,000 schools with 23,000 classes It has been put into operation in the province and these schools are located in all areas of the province, but of course the deprived areas and the villages in need have been and are in priority. In 1999, a total of 336 projects with 1480 classes were delivered in the province, of which 138 schools with 512 classes were public and participatory.

The most enduring image of the school-building benefactors was painted by a lady who, despite her financial need, gave her son's money to build a school. Gholam-Ali Rafati said about this devoted lady: "School-building donors are from all walks of life who sincerely participate in this charity work." One of the lasting examples of this pious movement was the late Fatemeh Hosseinpour, who, despite being in need and under the auspices of the relief committee, built a school in the village of Nasr Jalgeh Rokh in Khorasan Razavi with the ransom of her son.

He also said about the brick-by-brick plan: "The brick-by-brick plan is a good plan that has attracted the attention of the community to school building and has led to the participation of the people." In fact, this plan indicates that with any amount, even as much as the cost of a brick, you can participate in building a school. Of course, this project has been going on in Khorasan Razavi province for some time. The per capita educational space in the country is 2.5 square meters per student, while in Khorasan Razavi it ​​is 2.4 meters, which is one meter behind the national average. And according to the statistics of students, which are more than one million and two hundred thousand people, the need for educational space in the province is very high, while about 20% of the space is worn out and needs to be rebuilt.

He also said about the future plans of the Khorasan Razavi School- Building Donors Association : " One of the plans of the association is to publish a new book for the school-building donors of the province and to form new specialized working groups needed to develop their activities in order to attract more and honor the donors."